Hotel Palazzo Zichy, the place where history meets present! Satisfy your desire and stay in a historical building that was originally designed and constructed in the 19th century and served as the residence of a famous Hungarian noble, Count Zichy.

All rooms at Hotel Palazzo Zichy Budapest come air conditioned and have a flat-screen TV, a laptop-size safe and a work desk. The private bathroom comprises a hairdryer and free toiletries.

Palazzo Zichy also has an internet corner with free PCs and a printer. Coffee, tea and mineral water is provided free of charge in the lobby until 17:00. Staff at the 24-hour reception can also help with information on tickets to attractions and shows.

Great Market Hall and the pedestrian shopping area Váci Utca is within 1 km, while Ráday Utca, a street with numerous bars, cafés and restaurants can be reached in 700 metres. Hungarian National Museum is 650 metres away.

Palazzo Zichy is only 180 metres from the Grand Boulevard, where the non-stop tram line 6 runs. Kálvin Tér Metro Station, with metro lines M3 and M4, can be reached in 550 metres on foot. 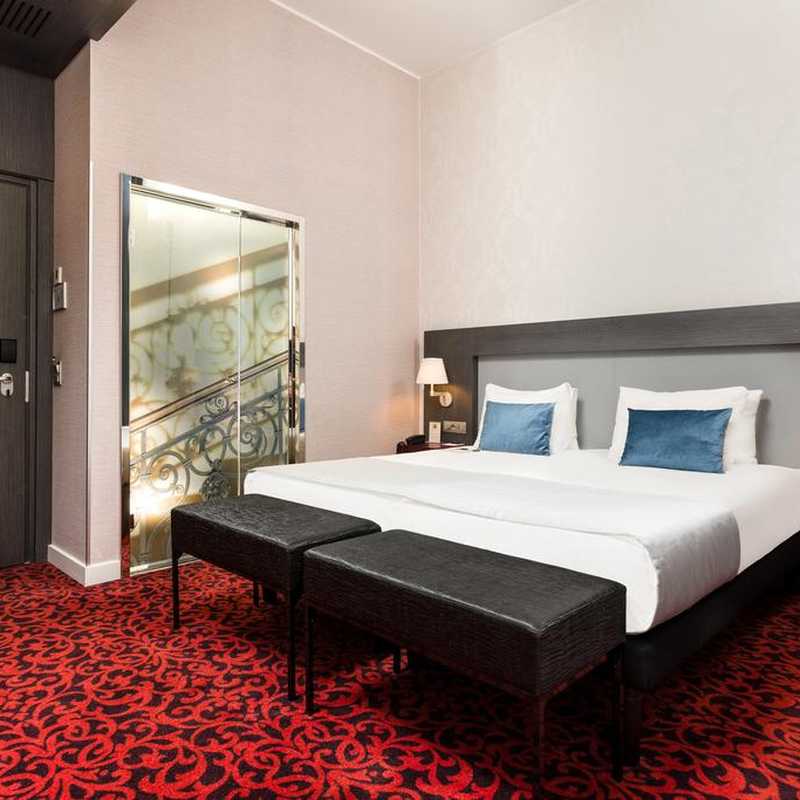